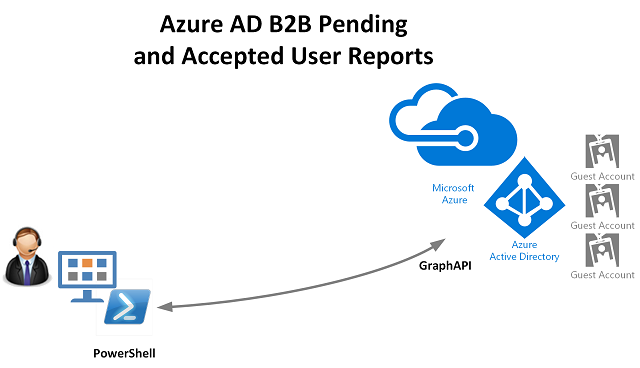 One of the benefits of Cloud Services is the continual enhancements that vendors provide based on feedback from their customers. One such item of feedback that Microsoft has heard often is the request to know what state a Guest user in Azure AD is in. In the last couple of days Microsoft exposed two additional attributes on the User objectClass in Azure AD; 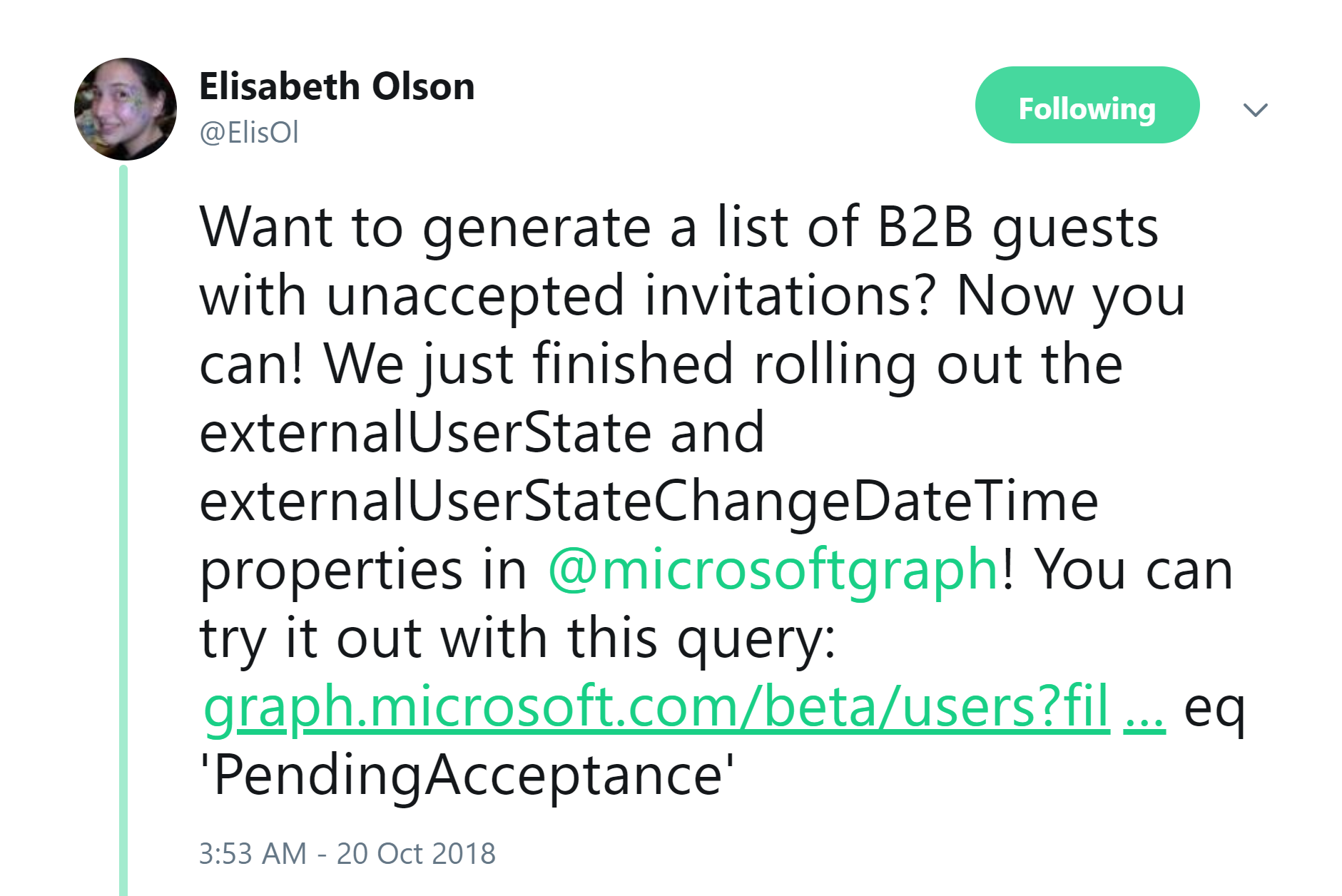 This means we can now query the Microsoft Graph for B2B users and understand if they have Accepted or are PendingAcceptance, and the datetime of the last change.

Running the Script will then generate the Accepted and Pending HTML Reports.

Here is an example of the AcceptedB2BUsers HTML Report. 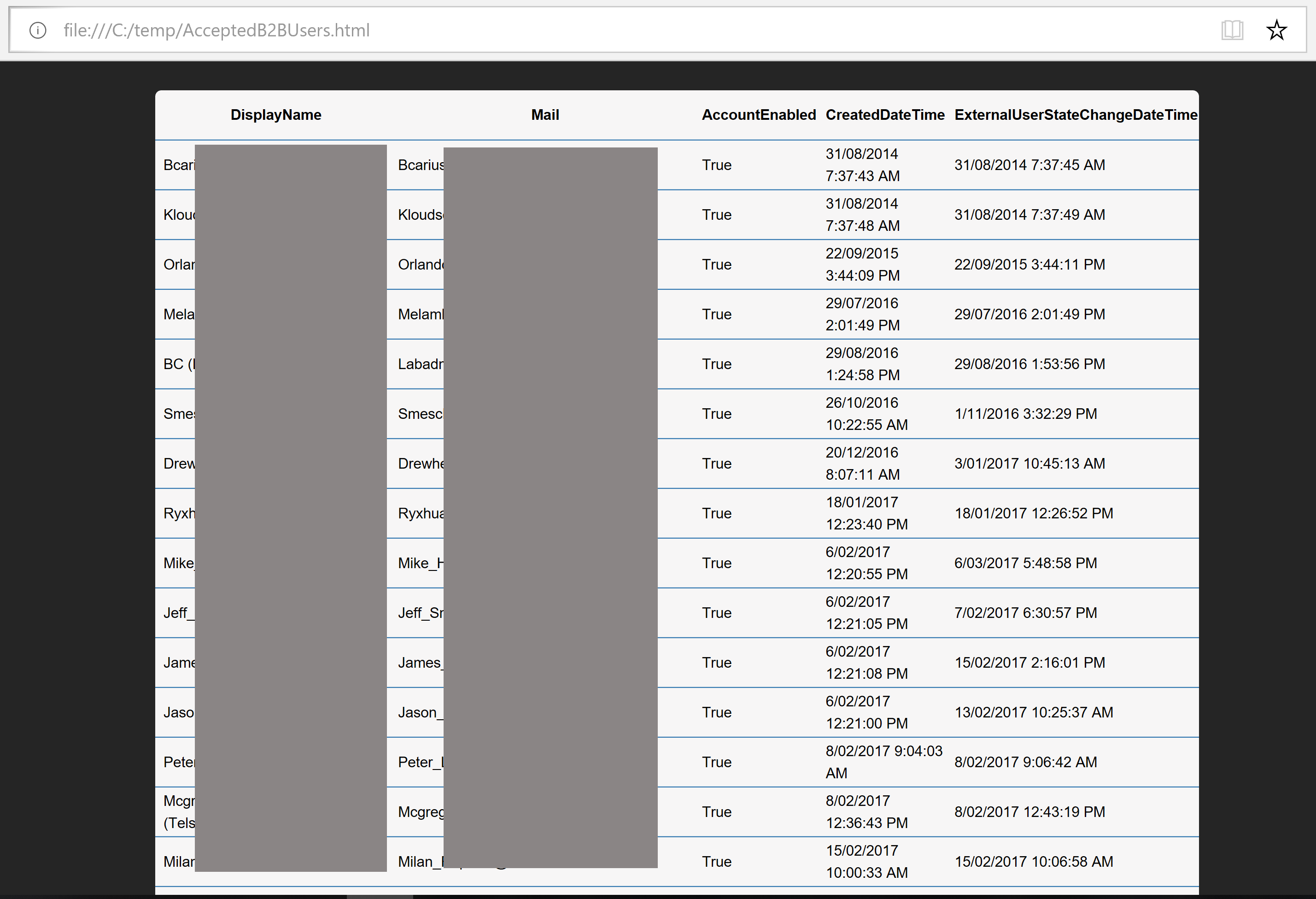 With the addition of these two additional attributes to the Microsoft Graph we can now query for B2B users based on their State and using PowerShell quickly report on them.