I’ve had the opportunity to work on a couple of customer engagements recently integrating SaaS based cloud applications with Azure Active Directory, one being against a cloud-only Azure AD tenant and the other federated with on-premises Active Directory using ADFS. The Azure AD Application Gallery now has over 2,700 applications listed which provide a supported and easy process to integrate applications with Azure AD, although not every implementation is the same. Most of them have a prescribed tutorial on how to perform the integration (listed here), while some application vendors have their own guides.

This blog won’t describe what is Single Sign-On (SSO) or User Provisioning with Azure AD (which is detailed here), but rather to highlight some things to consider when you start planning your application integrations with Azure AD.

User provisioning into the application

Role mapping between Azure AD and the application

Access to applications can be assigned either directly against user accounts in Azure AD or by using groups. Using groups is recommended to ease administration with the simplest form using a single Security Group to allow users access to the application. Some applications like Splunk support the capability to assign user access based on roles which is performed using ‘Role Mapping’. This provides the capability to have a number of Security Groups represent different roles, and assigning users to these groups in Azure AD not only enables access to the application but also assigns the user’s role. Consider how you manage user memberships to these groups, how they are named so that they are easily identified for management, and how the application knows about the groups. Splunk for example requires groups to be created using the ‘Group Object Id’ of the Azure AD group and not it’s name, as shown in this example:

The Group Object Id for groups can be found by going to your Directory Page and then navigating to the group whose Object Id is to be retrieved. 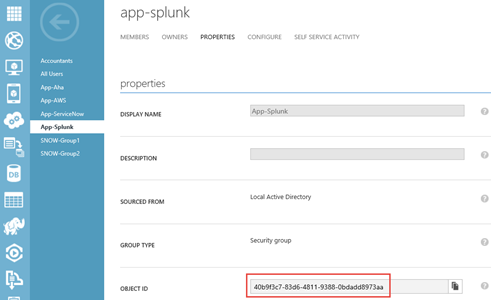 Some applications have a modified interface when SSO is enabled, allowing users to select whether to login with userID/password credentials or a federated login. You need to consider end-user communications for any sudden changes to the application that users may face and let them know which option they should select. For example, the Aha! application changes from this: 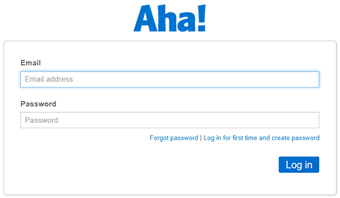 to this when SSO is enabled: 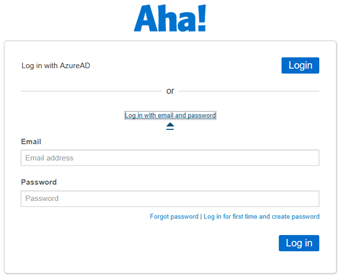 Have a backout plan

In addition to the point above, some applications require an all-or-nothing approach when SSO is enabled. If you have not sufficiently planned and prepared, you may be locked out of the application as an administrator. If you have access to a test subscription of your application, test, test and test! If you only have your production subscription, I would suggest having an open dialog with the application support team in case you inadvertently lock yourself out of authenticating. For example, the New Relic application allows the SSO configuration to be made in advance which then requires only the account owner to enable it. Once enabled, all authentication is using SSO and you had better hoped the configuration is correct or else you’ll be asking support to backout the changes.

Applications such as ServiceNow have the ability to have multiple SSO providers where you can implement a phased approach for the enabling of SSO to users with the ultimate goal to make SSO authentication default. ServiceNow also has a ‘side door’ feature where you can by-pass external authentication and login with a local ServiceNow user (as detailed here).

Users will be able to access applications configured for SSO with Azure AD using either of the following methods: 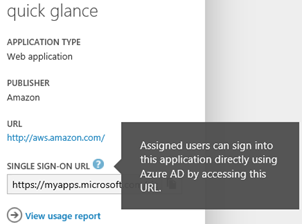 Hopefully you can see that although it can seem quite simple to integrate an application with Azure AD, take the time to plan and test the integration of your applications.