In an on premise environment, there are guidelines around working with attachments in InfoPath and farm admin would be able to change the attachment size limit in the machine.config / web.config. However, the idea is to keep minimal attachments within the form, and make sure the InfoPath file size as a whole is within the file size limit as configured in your farm.

In SharePoint Online, there is a hard limit on the total attachment size to the InfoPath forms you create and store in Forms Library:

Below is an illustration of the error message you would get if you upload a file larger than 5 MB, or the total number of files attached is over 5 MB:

However, this limitation does not apply to Custom List with customised forms using InfoPath. What I mean by that is, in the ribbon you would see Customize Form where you can change you New/Edit/Display form be presented using InfoPath.

When I Create/Edit, I would see a fully branded page with an InfoPath Reader web part – I would be able attach files over 5MB. This means the attachments are not being saved as part of the InfoPath form as it would in a Form Library. 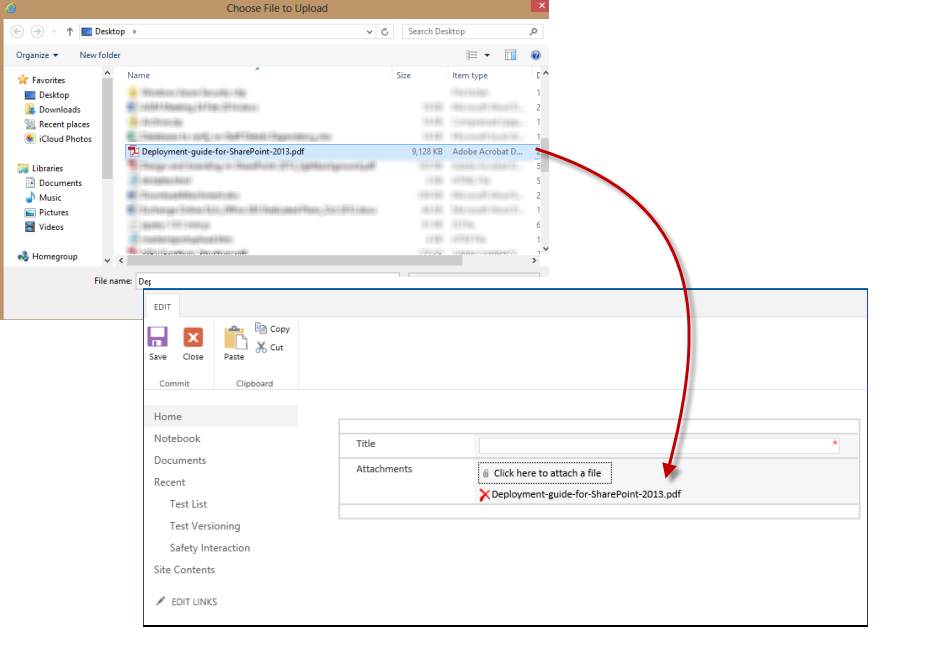 It is important to note that there are features of InfoPath not available to the customised forms in a custom list. Such as:

Thus, you should incorporate the above factors when you design your solution.

On another note, Microsoft has announced InfoPath will be retired and InfoPath 2013 is the last release as a product. However, it is supported until 2023. Here is the full detail –>  Update on InfoPath and SharePoint Forms